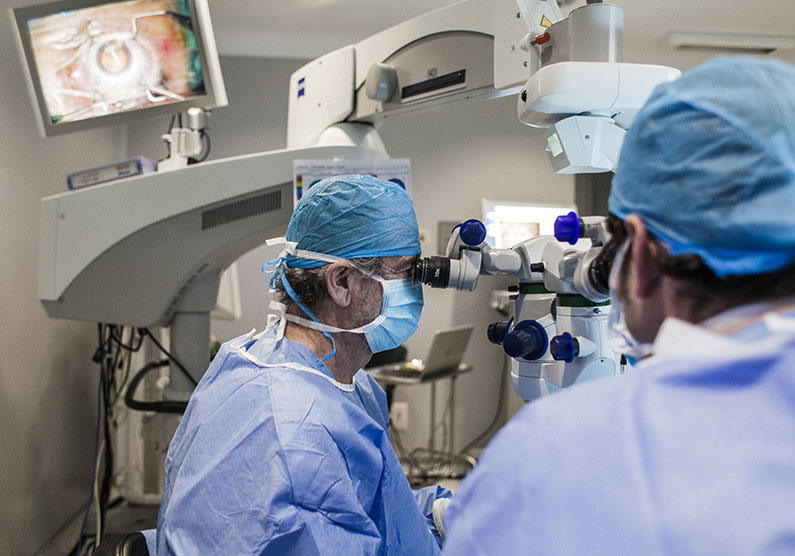 “Vivity” lenses allow to maintain good visual quality and reduce dependence on glasses at all distances.

The Miranza IOA (Madrid) and Miranza Begitek (San Sebastián) ophthalmological clinics have pioneered the introduction of new “Vivity” lenses in several patients with presbyopia and cataract, in whose international clinical study they participated as leading centers in Spain. This pioneering experience in its implementation, acquired since 2018, has allowed us to verify the benefits of “Vivity”, a model developed and marketed by the Alcon company.

In the words of Dr. Francisco Poyales, medical director of Miranza IOA, “the innovative technology of its design, known as X-WAVE, represents a radical change compared to other models and is much better adapted to the visual needs of some patients, maintaining good quality of vision and reducing dependence on glasses at all distances. “

Until now, the options of people with presbyopia or cataract surgery were based in many cases on the use of multifocal intraocular lenses, which allow them to see well both near and far objects, although they can produce certain visual disturbances (such as reflections or halos in lights) when driving at night), is annoying for some patients. On the other hand, there are also monofocal lenses, which avoid these drawbacks, but are only optimized for distant vision.

As an alternative to these options, and to also provide good visual acuity at intermediate distances, without having to use additional optical correction to view the computer screen or the car’s dashboard, extended range lenses were developed. This is the case of “Vivity”, which manages to broaden the depth of focus with respect to the monofocal lenses and, for the first time, very effectively avoid visual interference from the trifocals, which, until then, had not been completely eliminated with the extended range.

Visual and life quality after a presbyopia or cataract surgery

According to Dr. Javier Mendicute, medical director of Miranza Begitek, “Vivity offers the opportunity to see again as in the most early stages of presbyopia (normally, over 45-50 years), when the use of close-up glasses is only circumstantial and sporadic ”. Likewise, the doctor adds that “the objective of our patients, which we share with them as surgeons, is to minimize dependence on glasses, with the best possible visual quality.”

In this sense, the implantation of an intraocular lens to replace the natural lens of the eye, which from a certain age begins to lose its ability to focus (presbyopia) and its transparency (cataract), is a surgery that increasingly offers more possibilities to improve the quality of life of patients.

Due to the current lifestyle, in which the use of screens and technological devices is very present, “this is a solution that more and more people demand earlier, with the advantage that in the same intervention we can also correct other associated refractive defects (myopia, hyperopia and / or astigmatism) ”, concludes Dr. Poyales.